In this era of Big Data, the first thing we need is an in-memory data structure. In this post, I will elaborate a useful in-memory store, called Redis.
As they say If you can map a use case to Redis and discover you aren't at risk of running out of RAM by using Redis there is a good chance you should probably use Redis.

What is Redis?
A simplest answer can be, its only a data structure server. It can be differentiated from MongoDB, which is a disk-based document store. Although MongoDB can be used as a key-value store too. 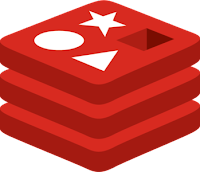 Those two additions may seem pretty minor, but they are what make Redis pretty incredible.Persistence to disk means you can use Redis as a real database instead of just a volatile cache. The data won't disappear when you restart, like with memcached.


The entire data set in Redis, is stored in-memory so it is extremely fast, often even faster than memcached. Redis had virtual memory, where rarely used values would be swapped out to disk, so only the keys had to fit into memory, but this has been deprecated. Going forward the use cases for Redis are those where its possible (and desirable) for the entire data set to fit into memory.

Redis becomes fantastic choice if you want a highly scalable data store shared by multiple processes, multiple applications, or multiple servers. As just an inter-process communication mechanism it is tough to beat. The fact that you can communicate cross-platform, cross-server, or cross-application just as easily makes it a pretty great choice for many many use cases. Its speed also makes it great as a caching layer.